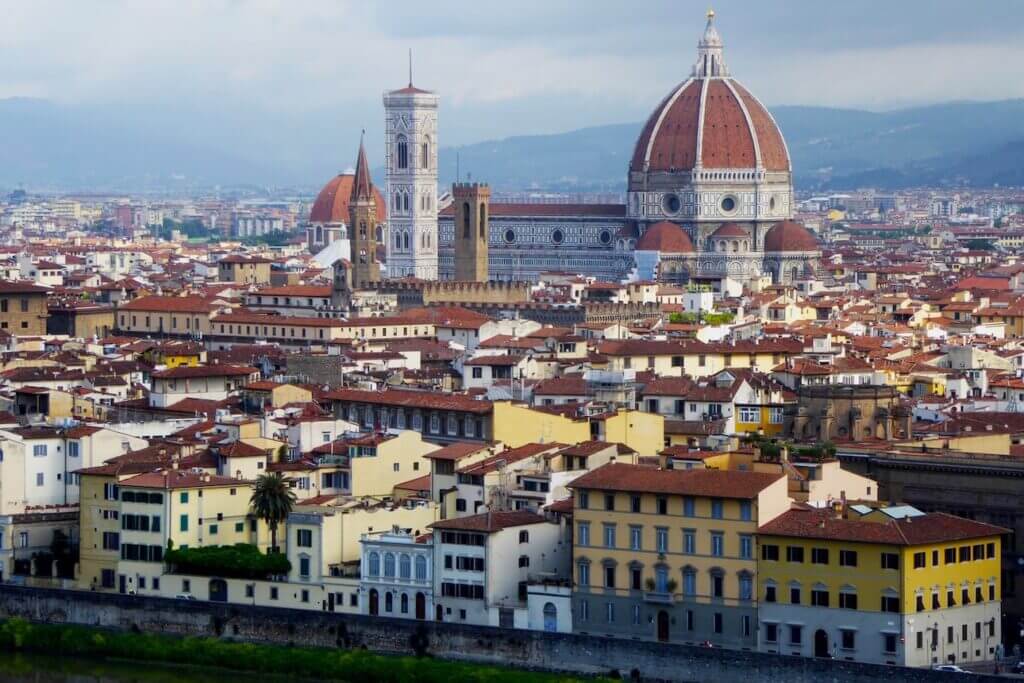 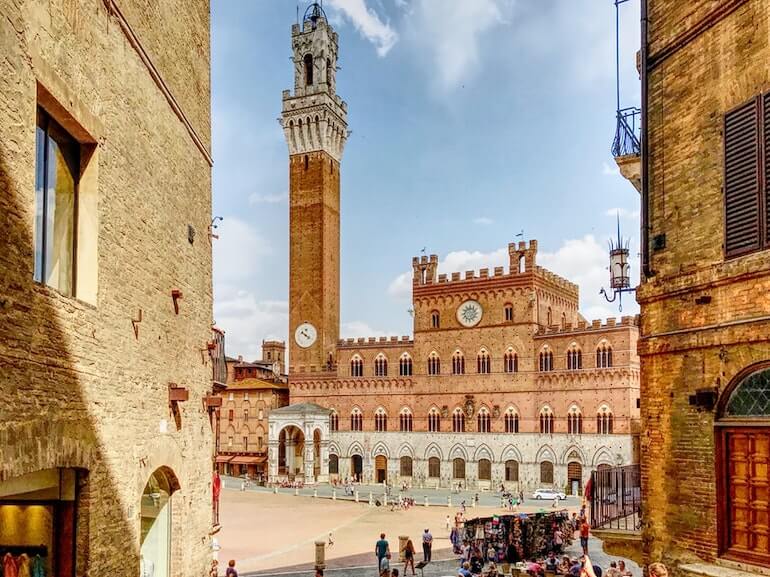 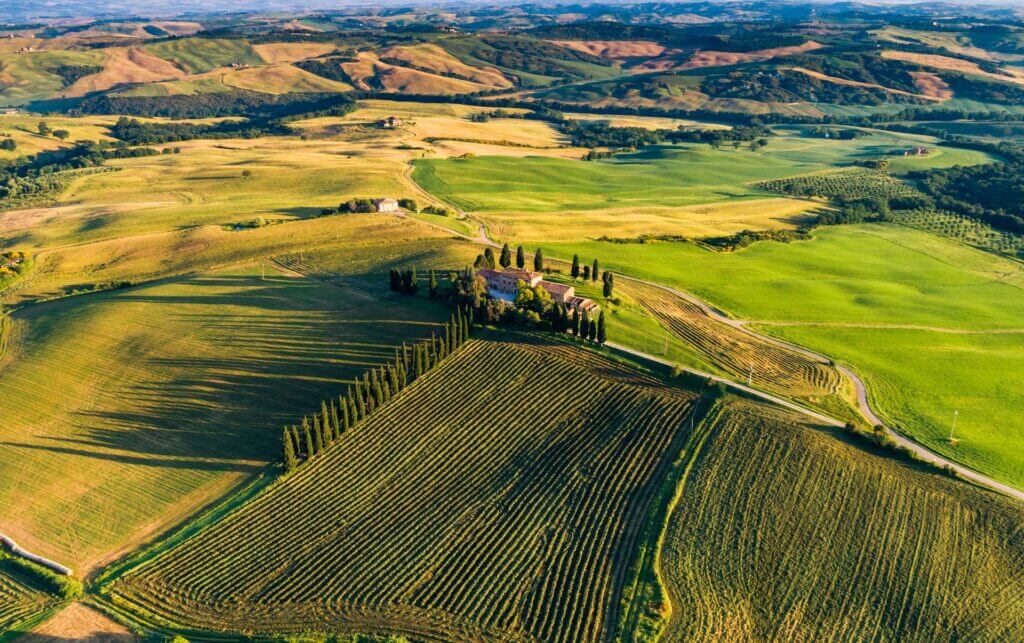 4-day tour to discover the beauty of Tuscany

Enjoy the charm of the landscapes in the Chianti area, one of the most suggestive in Tuscany. Recognized around the world, not only for its famous wine, but also for its landscapes and vineyards, castles and villages lost among the hills. We will have the opportunity to visit one of the Chianti Castles and its historic cellars where exquisite wine is produced. After the visit, we will enjoy a tasting of local products with a selection of wines. The trip continues to Greve in Chianti, with a stop at the historic square lined with open galleries, where you can walk through the shops of typical products of the Chianti region. Accommodation at the Hotel.

The city of Pienza is a rare example of beauty, harmony and architectural perfection. It is composed by many alleys with suggestive names that build the stage in which its magnificent landscapes are represented. This small city has a great artistic and natural heritage perceived with all our senses, especially smell and taste, as it has a deeply rooted tradition in the production of Pecorino cheese.
We will continue the tour in Montepulciano, a city built along a narrow limestone ridge and surrounded by huge walls that enclose the grandeur of the Renaissance, the elegant beauty of its churches and the ancient wine tradition “Nobile di Montepulciano”, a symbol of the city and one of the great denomination wines of this area. Accommodation at the Hotel.

The heart of Chianti, Castellina, is one of the most important regions for the production of wine (Chianti Classico, loved all over the world) and where to take the opportunity to taste and buy excellent locally made products. In addition, Castellina reserves artistic treasures such as the beautiful church of San Salvatore (12th century) and the beautiful landscape of the Chianti hills that can be admired from the medieval fortress, located in the main square.
Monteriggioni is a beautiful and small fortified city surrounded by 14 towers that gave refuge to the people of Siena during the wars against Florence, taken place in the Middle Ages, and which even today can be seen perfectly preserved and closed to traffic. In addition, it was built along Via Francigena, the path used by pilgrims who linked northern Europe to Rome.
Our tour continues with the visit of Siena, a historic city that surprises at every turn for its architecture and medieval atmosphere that coexists in contrast with the youthful air of the university and the cultural effervescence that attracts visitors from all over the world. Walking through this city we can admire the main tourist attractions such as Piazza del Campo, the true heart of the city, the Communal Palace, the Cathedral, and the majestic Basilica of San Domenico. Siena is also known for its traditional Palio, consider by many as a ritual in praise of Our Lady. The beautiful horse race lasts only three laps but it is capable of moving the large crowd of casualties and tourists who gather expectantly. It takes place every year, since the seventeenth century, on July 2nd and August 16th, at number 7 in Piazza del Campo.
We will continue to Florence. Accommodation at the Hotel.

We will visit the cradle of the Italian Renaissance from which the maximum expression of the Italian genius in the artistic sector was born. The central square of the city where the Duomo, the Bell Tower and the Baptistery are concentrated forms an extraordinary set of white, green and pink marbles where we will see the transition from medieval Fiorentine art to Renaissance art. Visit to the Duomo of Maria del Fiore built by Brunelleschi in contrast to the slender silhouette of the bell tower, designed and begun to be built by Giotto, the Baptistery, a construction famous for its Bronze Doors, Plaza del la Signoria, the old Palace (exterior), Ponte Vecchio, etc.