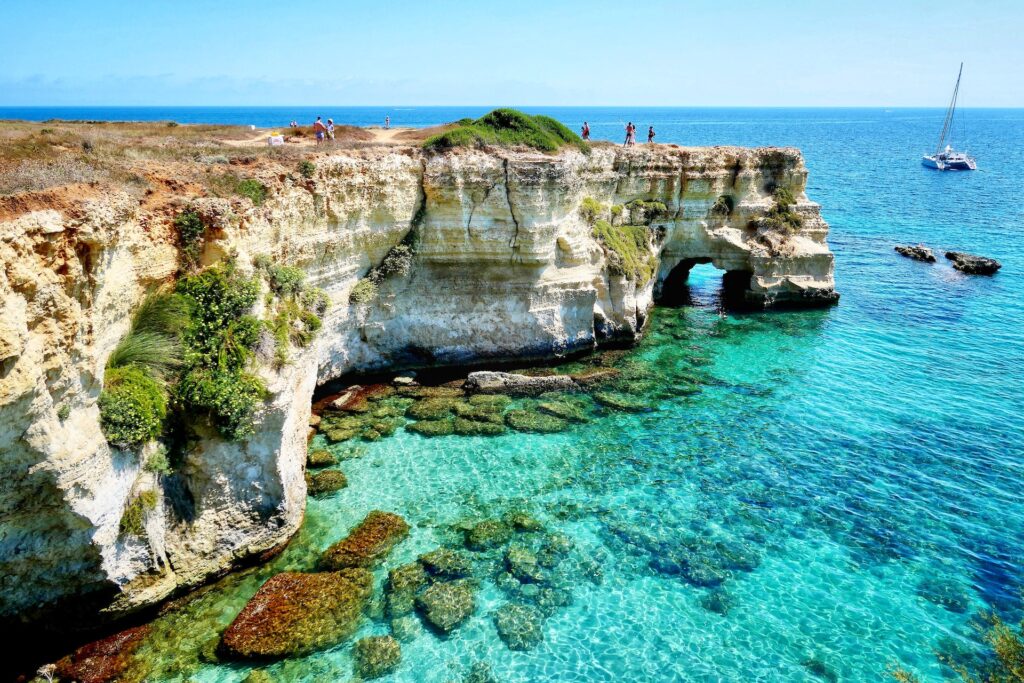 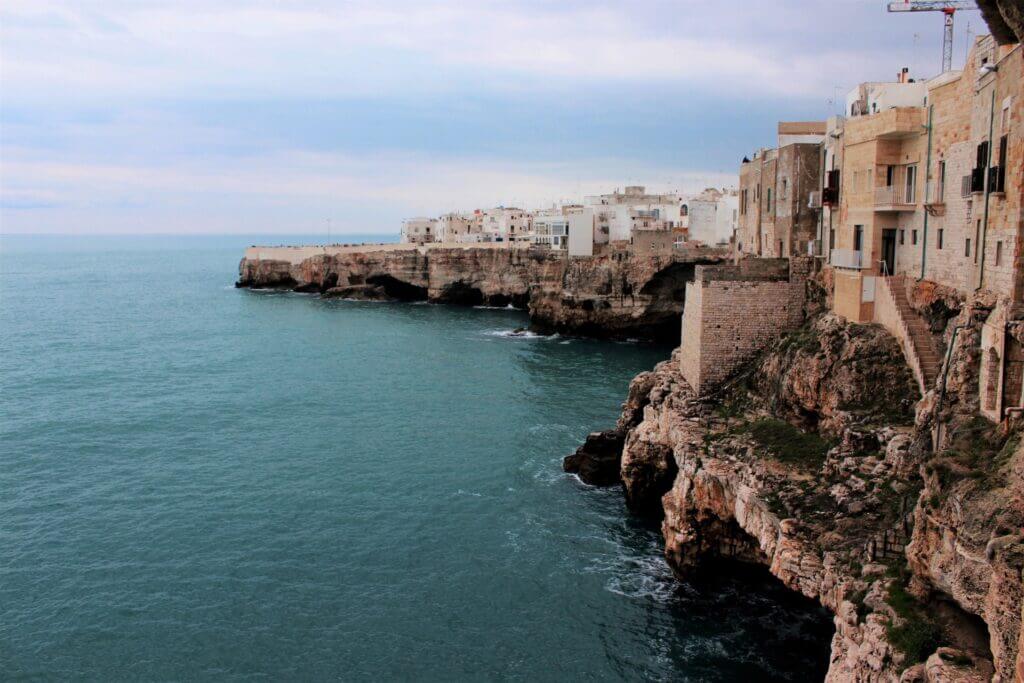 The best tour to visit Apulia in 8 days

Upon arrival at Fiumicino airport (Rome) you will be transferred to the Apulian region to begin with your itinerary. Once you arrived, accommodation in the hotel.

After breakfast the first stop will be Bari, capital of Apulia, which has a strong commercial tradition since it was the main trade, cultural, and political focal point with the Eastern Europe and the Middle East. This city is famous for preserving the relics of Saint Nicholas, this made of Bari and its basilica one of the most popular places of the Eastern Orthodox Church. It is possible to see the Saint Nicholas Cathedral which is the symbol of the city and the Castello Svevo in our guided visit. Lunch and free time in order to explore the city centre. Dinner and accommodation in the hotel. Full board: lunch in a restaurant.

After breakfast the first stop of the journey is Alberobello, the capital of trulli, a symbol of Apulia. The trulli are round houses made of stones arranged in a circular structure whose ceilings are built as a dome and hold up by them- selves. One of the characteristic of these trulli is the pinnacles placed on the roofs which are inspired in mystic and religious symbols. Then you will enjoy a guided tour through Rione de Monti, UNESCO World Heritage where you can find the Trullo Church, the Siamese Trullo and other important places of the city. After lunch free time is on your own to do shopping or to enjoy a guided tour through Ostuni, “the white town” (optional with additional costs). This city goes through olive fields and ends in the beach shore. There will be a gastronomic tasting of the typical products in Ostuni. Dinner and accommodation the hotel. Full board: lunch in a restaurant.

After breakfast a guided tour at the historical centre of Lecce is scheduled, known as “the Florence of the south” for its cultural and historical richness. Must see the most important monuments of Baroque Lecce, such as Sant’Oronzo with the amphitheatres around it and the column at the end of Via Appia; Piazza Duomo one of the most beautiful churches of Italy and Basilica of Santa Croce, which is a symbolic of baroque art. In addition, the Palazzo dei Celestini has a delicate decoration from a simple baroque style which is not so common in Lecce. The next stop is Otranto where it is possible to visit the historical centre.

This city is placed in the south-eastern end of the Italian peninsula which used to be the centre of the former Messa- pii, then roman, followed by byzantine and finally, aragonese area. This city is surrounded by the impressive castle and its cathedral. It is possible to visit them, including the Martyr Chapel and its crypt which has the biggest Byzantine style mosaic made by Monk Pantaleone. It is possible to visit the bastion area with the towers built in XVI century by Charles V made to defend the territory from Saracen attacks.

A must visit place is the Chapel of Saint Peter, one of the most representative monuments of the southern Middle Age and Byzantine rule in Otranto, which it is also considered as the highest expression of Apulia’s Byzantine art. Dinner and accommodation in the hotel. Full board: lunch in a restaurant.

After breakfast the first stop is Trani, a beautiful city placed in the coast which has so many artistic and archeological treasures that can take you to the past. During the visit it will be possible to admire the Romanic-style Cathedral, and the Castle built by Frederick II, Duke of Swabia in order to defend the seaport. After lunch the next stop is Gargano, following the visit of Castel del Monte which is a XII-century castle built by Frederick II composed of eight octagonal towers and considered an UNESCO World Heritage. After the visit, the last stop is Manfredonia. Dinner and accommodation in the hotel. Full board: lunch in a restaurant.

After breakfast the first stop will be San Giovanni Rotondo. This Italian city is worldwide known by preserving the remains of Saint Padre Pio of Pietrelcina who lived for a long time in this city. It is possible to make a tour through the places Padre Pio used to frequent, such as the Church of Santa Maria delle Grazie which it’s the principal focus of pilgrims who come to honor the memory or Padre Pio. It is possible to see the monastery where San Camillo de Lellis prayed. In the afternoon Monte Sant’Angelo is the next stop, a city frequented by Christian pilgrims. Finally, St. Michael’s Cave and the old town are a must visit place since a lot of pilgrims came during the Crusades. Dinner and accommodation in the hotel in Manfredonia. Full board: lunch in a restaurant.

After breakfast you will be transferred to Rome. Dinner and accommodation in the hotel.

After breakfast and transfer to Fiumi- nino airport of Rome.